Taking a week off the popular social media site could actually make you happier, a study claims.

Carried out by researchers at the Happiness Research Institute in Denmark, the study looked into the effect of the use of Facebook on 1,095 people in Denmark. Almost all of the participants used Facebook daily prior to the study being conducted.

The participants were divided into two groups, half of whom stopped using the social network site while the others continued as they normally would.

A week later, participants were asked to rate their life satisfaction with 10 being the highest.

Their findings revealed that those who continued to use Facebook produced a score of 7.67 before the study, which marginally increased to 7.75 the following week.

Meanwhile, participants who abandoned Facebook experienced an increase in their happiness rating, from 7.56 to 8.12 on the average.

Researchers also noted that these participants were less stressed, worried, and lonely as well as more enthusiastic and decisive compared to those who remained on the social network.

According to Happiness Research Institute CEO Meik Wiking, the results may have something to do with the people’s tendencies to compare themselves to others.

“Facebook distorts our perception of reality and of what other people’s lives really look like. We take into account how we’re doing in life through comparisons to everyone else, and since most people only post positive things on Facebook, that gives us a very biased perception of reality,” he told The Local.

“If we are constantly exposed to great news, we risk evaluating our own lives as less good,” Wiking added. 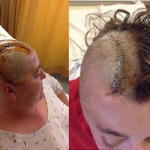 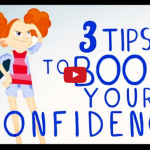