Rivera, best known for his work on Ang Babae sa Septic Tank (The Woman in the Septic Tank) and My Little Bossings, recounted on his Facebook page that he posted three pictures of Maine Mendoza using his Instagram account. He said that in less than 36 hours, his posts had accumulated more than 10,000 likes and netted him more than 600 new followers. The spike in numbers prompted the director to muse about how influential the AlDub tandem is and he also took it as proof that it is truly justifiable to call the kalyeserye a phenomenon.

“I didn’t even tag the couple,” Rivera shares. “Dati whenever i post celeb pics i get little spikes in followers… The Maine posts are way off my usual numbers. Aldub is phenomenal nga di ba?!! (AlDub is truly phenomenal, right?!!) All these strangers talking over my head with zero interest on my feed—nor me. Lol! (sic)”

On the same post, the director further wonders about the nature of fandoms. He also offers some food for thought: does social media affect fanaticism and vice-versa?

To end the post, he offers a few personal observations on Maine: “BTW Maine is charming, accessible, eats real food, funny and has the best arms and shoulders in the biz!!!”

TV Host Daphne Osena-Paez, apparently, can relate to the experience. She replied to Rivera’s post: “So funny. Same thing happened when I wrote a blog about them over a month ago. Thousands followed me on Twitter and FB page. And once I was out at an event, and this Aldubber came up to me and asked to take a picture of me doing the pabebe wave. LOL. It was at a fancy event. Haha. I’m enjoying the community. (However, after the Aldub post, I wrote about my chairs getting copied, and only hundreds reacted. So … it didn’t translate.)”

FB user Paul Vito meanwhile believes that “Pede na gawan ng subject ang aldub sa school or course sa college! (You can now have a subject in school on AlDub, or a course in college.)” Other netizens agree, such as Maricel Montero who said, “The Phenomenology of Aldub, pwedeng pang Philo orals. Gusto ko atang sumali sa study group nito. (The Phenomenology of Aldub can be used at Philo orals. I think I’d want to join that study group.) 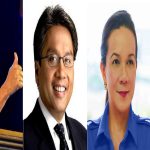 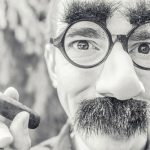