Last October 6, singer Richard Poon shared a picture meme on his Facebook account. The picture showed a statue of Jose Rizal with a caption that lists a number of national heroes and their ages when they died. It then states, “They spent their youth fighting for this country while our youth today is fighting for their noontime shows.”

The meme prompted Poon to ask himself, “‘What am I fighting for?’ or a better question: ‘Are you still a youth Mr. Poon?'”

For most though, the meme did not pave the way to introspection. Instead, given the controversial nature of how the caption was phrased, the post led to a spirited online debate.

Some netizens strongly agreed with the meme’s sentiments, voicing out their woes over the alleged “kababawan” (shallowness) of today’s youth.

“Patriotism… hindi n kc itinuturo s paaralan… (Because it’s no longer taught in schools…) such s BIG disapppintment [sic] for our forefathers…. youth now a days [sic] are as shallow as a pond in the wilderness of life…” Juna Tablate laments.

Vann Subong even thinks fans of the popular kalyeserye should be shipped to the front lines. “…Sana iutos sa inyo ng AlDub na lumangoy kayo sa West Philippine sea. (I wish AlDub orders you guys to swim out to the West Philippine Sea.)”

Quite a number, however, believes there should be no comparison between the youth of then and now.

“I’ve seen this post many times and I honestly hate it.” FB user Brian Lego attests. “They were fighting for independence from a foreign country, today’s youth is fighting for individual survival. Just because you see tweets about people arguing about Aldub and what not, doesn’t meant they’re not fighting their own personal battles. Most people nowadays are fighting to feed their families and see the next morning. Yes, the country is important, but don’t you dare make it sound like we’re just lazing around and doing nothing. Don’t you dare pretend to act like you know exactly what each and every person goes through day by day.”

Lance Manlises, meanwhile, seems exasperated. “Anong utak meron yung nag-post nito? Hindi mo pwede ikumpara ang noon at ngayon. Bakit sa tingin mo ba kung colony pa tayo ng Spain or America ngayon, magkaka-time pa ba lahat sa noontime shows? (What kind of mind does the maker of this meme have? You can’t compare then to now. If we were still a colony of Spain or the US, do you think we’d still have time for nooontime shows?)”

Francis Pinon, Jr. points out that “…those people died so the youth today CAN have a better life. if you want the youth today to die for the country instead of them enjoying the freedom they have (like enjoying Aldub), then our heroes died for nothing. this is stupid. just ‘cos [sic] they love Aldub does not mean they don’t care about the country or do good for it.”

Yet a couple of other netizens wanted to shoot the messenger, questioning Richard Poon himself.

“Mr. Poon, so many of our youth are doing good things for this country. My question is, why don’t you know?” Louie Montemar asks.

Mikhail Yringco points out the apparent irony in Poon’s post, but mistakenly credits him for creating the meme. “Mr. Poon, arent u a part of that indstry as well? Stop being a hypocrite. The heroes u made mentiond ddnt hve noontime shows b4. If you really care about ths better stop being a part of noontime shows. U make me sick. [sic]”

And then there are those who displayed their apathy over the issue, seemingly making true the meme’s accusations. Mitz Goingco and Pompom Tejada both attest to fighting for their “clans,” referring to the popular strategy game, Clash of Clans.

But netizen David Algire makes it clear on where he stands, “That’s why they were heroes and I’m not,” he explains. 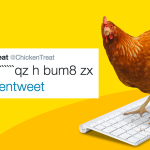 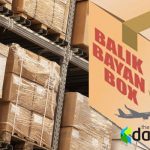