Is your child obsessed with the popular video game Minecraft?

Minecraft, the blocky free-form building game, has amassed over 100 million users since last year. The gaming phenomenon has captured the attention of children, particularly boys, aged between 9 and 15.

Apparently, playing Minecraft can also compromise the safety of your child.

According to So, the father of a grade 5 Xavier student shared an incident that occurred when his son was playing Minecraft beside him.

The game’s online voice chat feature allows players to chat with other players from other countries. That particular night, the parent overheard his son chatting with a man who sounded as if he was already in his 30s. The parent realized that his son was speaking to a Filipino when he heard the man speak in Tagalog.

To the parent’s surprise, the man began asking his son personal questions such as his Facebook account, his address, his parent’s jobs, as well as his frequent companions in the house. Finally, the man asked his son when his parents won’t be around so he could come play with him.

This prompted the parent to ask the man how old he is.

“Ala na yan, hanap ka ng iba,” his companion was overheard saying in the background.

Afterwards, the man disconnected from the game, prompting the parent to believe the former was up to no good. This should serve as a warning that parents should always monitor their children’s online activities. 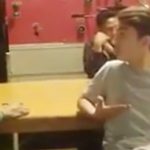 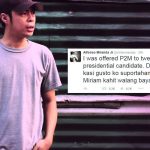