MANILA, Philippines. Tito Sotto, a Filipino senator and one of the hosts of Eat Bulaga!, said in an interview that appeared in the Philippine Daily Inquirer on September 7, 2015 that the AlDub love team is not allowed to make political endorsements for the 2016 elections.

According to the senator, the management of Eat Bulaga! does not want the popular love team to have a part in political circus. He also said that he will not encourage Alden Richards and Maine Mendoza to campaign for him as well.

“I am setting the example so that politicians will know we mean it. And we do not want our Dabarkads to be politicized,” Sotto stated.

Sotto also said that two presidential candidates have already asked for political endorsements of the two celebrities. He did not reveal the name of the candidates, but he said the two had already turned down the juicy offers of the politicians.

Aside from the consistent high ratings of the noontime show due to the popularity of Aldub, the love team has also been consistent in beating their previous Twitter records, with 5.8 million tweets for the #ALDUBBATTLEForACause which was the hashtag for the September 5, 2015 episode. The hashtag for the September 19 episode, #ALDUBMostAwaitedDate, reached a record 12 million retweets. 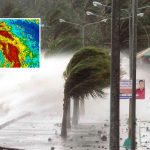 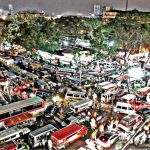