To address the traffic problem in Metro Manila, the Department of Public Works and Highways (DPWH) is seriously considering the proposal to ban vehicles with less than 3 passengers on EDSA during rush hours.

The announcement was made by Public works Secretary Rogelio Singson on Tuesday after the hearing on the proposed 2016 budget of DPWH at the Senate.

“Ang pino-propose namin, which is being seriously considered, ay during peak hours, 7 to 10 in the morning at 5 to 8 in the afternoon na sana three passengers or more ang pwedeng gumamit ng EDSA,” Singson told Reporters.

( We are proposing, which is being seriously considered, that only vehicles with three or more passengers be allowed to use EDSA during peak hours, from 7 to 10 in the morning and 5 to 8 in the afternoon.)

But before such a rule can be implemented, Singson stressed that agencies must be able to determine and open alternate routes for vehicles with less than three passengers.

(To be able to do that, you have to open alternate routes so that private vehicles with less than three passengers can pass through.)

Singson said that the government is strictly implementing the two yellow lanes dedicated for buses, third lane for motorcycles, and three remaining lanes for private vehicles.

According to Singson, President Benigno Aquino III can issue an executive order or directive to implement new office hours for both government and private employees in the NCR. 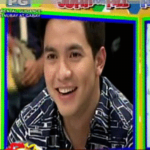 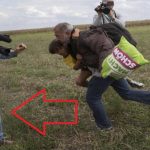