Vice President Jejomar Binay told members of the entertainment press that he wants Alden Richards to portray him should a biographical film about his life comes up. The VP revealed this during a news conference on Tuesday, September 22.

Binay, a presidential contender in the 2016 elections, said nothing is impossible when it comes to films.

(In films, nothing is impossible, they will match whatever is needed.)

Despite the obvious physical differences between the popular Kapuso star and Binay, he admitted that he prefers Richards since he can draw large crowds.

(I mentioned him because he’s very popular. It’s important that the actor is popular since there will be a crowd that will come for him.)

When asked if he would want Yaya Dub aka as Maine Mendoza to play the role of his wife in the biopic, Binay said he would consult her (his wife) first.

Although Senator Vicente Sotto III earlier declared that Richards and Mendoza won’t appear in any 2016 political campaigns, Binay expressed his desire to make the accidental love team part of his campaign.

Should he win the presidential elections next year, Binay said he intends to declare actress Nora Aunor as a National Artist. 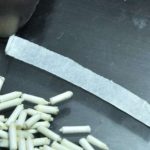 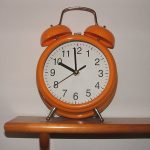