Although considered as the world’s top source of various products, China has a bad reputation of copying and faking goods. What is worse is that a lot of food products have been revealed as fake or contaminated, leading to wide-spread fears against dubious items from the country.

A few months ago, fake rice hit the Chinese market. Initially made of plastic, the latest reports have shown that paper is now also being used to create fake rice.

In a report on Shanghaiist, a woman named Cai discovered the fake rice while having a meal with her family. Earlier in the day, she bought the product from a store she frequented in Guangdong province, China. The shopkeeper told her the rice was organic, grown in another countryside without the use of pesticides.

Thinking that the shopkeeper has always been honest to her, she bought the rice. Midway through the family’s meal, however, they discovered that some of the rice pieces were just too hard to bite. Upon closer inspection, they allegedly found rolled pieces of paper among real rice grains.

Cai reported what she found to the police and the matter is already under investigation. It is still unknown whether the shopkeeper knew the rice was mixed with rolled pieces of paper or whether his suppliers had also scammed him with the fake rice.

However, some people are doubting Cai’s claim. Even news site Shanghaiist was skeptical about the story, posting this, “We’re going to assume that rice made of tiny rolls of paper also doesn’t react well to being boiled.”

The plastic rice made of synthetic resin and flour from sweet potatoes and potatoes remained hard after boiling and creates a rather “unappetizing plastic sheath.” Given the physical characteristics of paper, it is highly doubtful if it retained the rolled up shape after being subjected to high heat (as in cooking) for a long period of time.

What do you think? 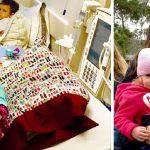 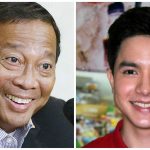