Netizen Mhelody Olga was astounded to find out that she had to pay almost P16,000 just to claim a package that was sent to her from London.

Mhelody went to the post office in Tondo, Manila to claim her package. Once she got there, a woman from the post office opened the box and saw that it contained a Gucci bag. The woman complimented Mhelody on the bag, but told Mhelody that she had to pay taxes before she could claim the item.

The woman went online to try to find the model and price of the bag, but was unable to do so. Instead, she looked for the most similar style and design and said it was the cheapest on the website costing $1,200. This, the woman said, would be the amount they could declare in computing the lowest tax price as possible, as if doing Mhelody a favor. After the computations, Mhelody found out she had to pay P15,969.

Mhelody was suprised she had to pay anything at all, let alone the price given to her.

“Dito pala sa Pilipinas kung my pinadala ang kamag anak mo , na dapat kukunin mo na lng at wala ka ng babayaran.. Yun pala kailangan mong mgbayad ng tax, mas mahal pa kesa pinagbili ng nagpadala sa’yo… Parang binibenta nila sa’yo yung padala para sa’yo na kukunin mo lang dapat, [Here in the Philippines, instead of just getting an item that was sent to you by your relatives, you have to pay for tax that is worth more than the item itself. It’s as if they are selling you the package which you were just supposed to pick up.]” said Mhelody in her post.
Mhelody, who didn’t have the cash, asked the woman if there was any way at all she could claim the item. The woman replied “no” and said the unclaimed and unpaid package would go to the “government.” With the woman complimenting the Gucci bag, Mhelody was quite sure the woman was the “government” she was referring to.
Read: BOC charges higher custom fees for balikbayan boxes; a reader reacts

Filipinos abroad are already voicing their dismay over the additional fees and intense inspection of packages meant to bring cheer to their families far away. We can only wait and see how the BOC responds to the growing clamor. 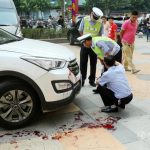 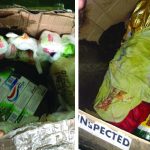