Netizen Lee Cañete was infuriated to find out what had happened to a balikbayan box a family had received. The box and the items inside seem to almost have been mutilated during the inspection that it had gone through.

Cañete in his post called out to Commissioner Alberto D. Lina of the Bureau of Customs (BOC) to see for himself what happens to the contents of a balikbayan box when it undergoes inspections. The box was sent by an overseas Filipino worker (OFW) from Israel. Photos of the mutilated items were sent to Cañete.

Far from the usual neatly packed items inside the box (usually to maximize the space), the contents of this particular box seemed to be randomly thrown inside. A part of the box had also gotten wet and so had some of the items. To make things even worse, several items were missing.

Cañete was infuriated that OFWs like himself work hard and save up for months just to be able to send boxes like this to their families in the Philippines yet they get this kind of treatment.

He said this was the caption when the photos were uploaded: “Ganyan poh ang nangyare s box ko pagdating s bahay binuksan daw ng custom at basang basa pos ang loob ng box ko, Ngayon mga taga custom cno mag babayad niyang lahat n nasira s mga pinadala ko pati n mga nawala, abay binalot namin ng ilang beses s tape ng d mabasa ang loob bigla kau mag bubukas at hindi ninyo isasara ng maayos, [This is what happened to the box I sent when it reached my family. Customs supposedly opened the box and the inside of the box was really wet. Now tell me, all of you from Customs, who will pay for all the damages to my package and for the items that have gone missing? We wrapped the box in so much tape to prevent it from becoming wet and yet you just opened it and didn’t reseal it properly.]”

Cañete tagged the pages of Sen. Miriam Defensor Santiago, Sen. Ralph Recto, Sen.Grace Poe, Sen. Koko Pimentel, Sen. Francis Chiz Escudero, and Sen. Cynthia Villar in his post with hopes of giving remedy to the situation. In this case, though, it seems all may have been lost.

Netizen has to pay almost P16,000 to claim item from Philippine Post Office

Is this the shabby treatment OFWs can expect from now on? Many work very hard to send back gifts to their loved ones and to have these gifts damaged or stolen is unacceptable. The public waits for BOC’s next move. 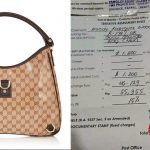 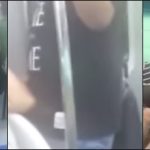