The Manila Department of Social Welfare (MDSW) took action on a netizen’s appeal to clean up an abandoned underpass in Manila.

On August 18, 2015, a netizen by the name of Cesar Masbate, posted on Facebook photos of a non-functioning underpass which was not only dirty and smelly, but had also become a dwelling place for squatters in Manila. According to Cesar, the underpass, which is  situated between Lawton and Intramuros, has been abandoned since passersby have become afraid of becoming victims of crimes.

Fortunately, MDSW immediately took action and a video of the cleaned-up underpass was posted on August 20, 2015. There were no more squatters inside the underpass and the area has already become free of garbage. However, Cesar said that some of the squatters only moved to the stairways of underpass, and he appealed to authorities that more lights should be installed to make it safer for the passersby.

As of this writing, there are no updates if the squatters have totally moved out of the underpass. Dr. Honey Lacuna-Pangan, MDSW secretary, said they will return to the underpass to make sure the said squatters will move out. 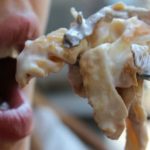 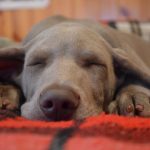