Thinking of pleasing the woman you like? Try not to make her hungry, at least that’s what a recent study in the U.S. says.

According to Time, a study published in the Appetite journal says that women respond to romantic cues better when their stomachs are full.

When the women viewed romantic pictures and neutral pictures on an empty stomach, the researchers saw similar levels of activation among all the twenty women.

However, when they drank a meal replacement drink which was worth 500 calories, they became “more responsive to romantic cues.”

Alice Ely, a postdoctoral fellow from the University of California, San Diego and author of the study, said, “Instead of being anxious and annoyed and irritable when you’re hungry…once we’re sated, then we can get on to better things.”

What was even more interesting about the study is that the post-meal brain activity was even stronger in women who had dieted in the past. This confirms a previous research stating that when dieters are offered rewards like food, their brains have a stronger response after they have eaten.

On a final note, Ely said the study is only a pilot study with a small group of women of the same age and more research still needs to be done before we draw any conclusions. She says, “It’s all very speculative, but it’s still very interesting and a sort of unexpected finding.” 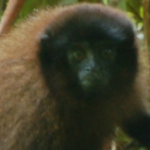 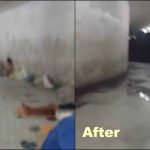