People know Cynthia Patag best as the trying to be Lolita-like Cynthia Chavez, daughter to Gloria Romero’s alcoholic Tita Minerva in Palibhasa, Lalake. Aside from acting, she is also known for her comedy and her booming and sultry singing voice. But what some may not know is that after retiring from Palibhasa Lalake, and showbiz altogether, she entered the world of politics.

In 2000, Patag worked as a consultant for the DILG (Department of the Interior and Local Government) and wrote speeches for then DILG Secretary Alfredo Lim. She has also been identified with activists and the Bayan Muna group. Patag has never been shy in dishing out her criticisms of the government. And just yesterday, she showed her political colors once again when she posted on her Facebook page, an open letter to Vice President Jejomar Binay. It goes:

“As early as Grade School, my classmates and I were taught that the Vice-President should have the President’s back for the sake of our nation.

Kaya nagtataka ako kung bakit mo siya sinisiraan ng marahas. (That is why it puzzles me why you violently criticize the president now.) Seems all you do is tell us Filipinos about the supposedly ‘palpak’ governance of Pnoy – lahat na ‘ata ng kapalpakan kasalanan niya pati Yolanda – (every sin and mishap he has committed including Yolanda) before segueing to how you will transform the entire Philippine archipelago into a First World country. In six years.

Ang taong gustong tumulong, taos puso ang pagnanais na makagawa ng pagbabago, ay kayang gawin ang mga pagbabagong ito ng hindi kinakailangang maluklok sa pwesto na palaging may kasamang media for the publicity. (A person who wants to help, who is sincere in his desire for change, can accomplish change even without getting elected into public office and without the media publicity.)

If you think you’d be incredibly outstanding as Philippine President in 2016, what exactly have you done during your 5 years as VP – apart from relentlessly campaigning for yourself as President in May 2016?

I sensed your vile agenda a decade or so ago. All those acts of charity, paid for with Makati taxpayers’s money, lacked genuineness: you were promoting yourself.

Every opportunity you can get, you grab it, make sure you make the most of it. All your ‘help’ in the form of relief goods, rosaries, school supplies, free education, Senior Citizen’s birthday cake and free movies, etc.,yes, they are commendable. If only your intentions are pure.

Every single thing you give to poor people, comes with a gratitude reminder. Those relief bags with your name printed on it – ha! Even the rosary bracelets have your initial “B” printed boldly on the cross. Santissima—sacrilege!

When the Senate Blue Ribbon Committee invited you to explain your astounding wealth, you refused the invitation—three times. You said you’ve already been judged by the taong bayan.

Yes, we have judged you—as a pathetic coward! A person who is innocent of graft and plunder charges levelled at him by the Ombudswoman, can’t wait to clear his name by telling the truth.

And can you and your family, please, please stop acting as if the Binay dynasty owns Makati? You did not build Makati, the Zobels did. “Where did all our money go?” perplexed Makati taxpayers silently ask themselves whenever the see the squalid shanties of ‘the other Makati.’

You’ll sleep well tonight. There won’t be a persistent conscience to haunt you. Because you don’t have one.”

She ends her letter with a good night and signs it off as “Pinay” with a smiling emoticon. She also encourages everyone to repost the open letter. 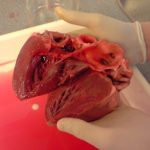 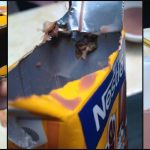