Earlier this month,  Bureau of Custom (BOC) chief Alberto Lina announced an increase in duties and taxes for consolidated shipments entering the country. As a result, Pinoy balikbayan box freight forwarders are expected to increase their rates.

Migrante party list chair Connie Bragas-Regalado told PhilStar that she has received information that the BOC intends to increase clearing fees for all containers entering ports in the country to as much as P100,000 to P120,000. According to Regalado, the first increase in tariff rate was implemented in July, while another will take effect in October.

Regalado was quoted asking, “What is the reason and rationale for this increase? Why was it imposed despite strong opposition from forwarders and OFWs alike? Where will the added cost go?”

A DailyPedia reader decided to share his opinion about BOC’s decision to charge higher custom duties for balikabayan boxes.

Here’s what Earl Maghirang had to say about the issue.

Overseas Filipino Workers (OFWs) abroad looking to send their balikbayan boxes filled with Christmas goodies for their loved ones at home may find themselves needing a few more dollars to pay the freighters. According to reports from the Manila Bulletin, newly-minted Bureau of Customs (BOC) Commissioner Alberto Lina approved two consecutive increases tariff increases for consolidated shipments (the category in which balikbayan boxes belong). The first increase of Php 40,000 per container was implemented on July 27, 2015, and another increase of Php 60,000 is set to take effect on October 1.

In a story posted on the Pinoy Weekly , Filipino freight forwarders expressed that they “have been on edge” due to the continuous rise of operational costs brought about by delays due to last year’s truck ban and port congestion problems in the Philippines. “And now we have to contend with these new round of increases in customs duties,” said Joel P. Longares, president of the Door-to-Door Consolidators of the Philippines (DDCOP).

The Philippine Daily Inquirer’s Bizz Buzz, a business rumor-mill section, also picked up the story, with some added suspicion on the timing and purpose of the increase, especially since the BOC is doing very well in its collection quotas.

Sources also revealed that the tariff surge shocked even the biggest freight and shipping companies in the Philippines, as the mandated increase was implemented without a circular nor a memorandum. Industry insiders also mentioned that, while most of the shipping companies are doing their best to keep their prices as they are, the Php 100,000 hike is enough reason for most of the freighters to increase their fees.

Any potential increase in freight prices couldn’t have come at a worse time because Christmas time, or what Filipino’s lovingly refer to as the “ber” months, are when OFWs send their balikbayan boxes home. 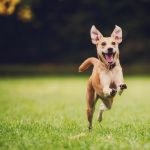 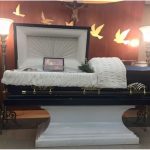