Yours could be the hand that feeds the dog, but it’s not the only reason why he’s always happy to see you.

Researchers at Emory University sought the scientific explanation behind a dog’s enthusiasm upon seeing his owner. Using functional magnetic resonance imaging (fMRI), the brains of six dogs were scanned for activity when they were shown images of dog faces, human faces, and ordinary objects. The dogs’ temporal lobes lit up “significantly more” when presented with the faces than with the objects. These findings suggest that dogs may recognize both human and dog faces.

Facial recognition in dogs is activated in the the same areas as in humans. According to the study, this is separate from the “reward areas” that would be triggered by anticipation of food.

“What we’re finding with the imaging work is that dogs love their humans—and not just for food,” researcher Gregory Berns. “They love the company of humans simply for its own sake.”

Humans are dogs’ primary source of socialization. When dogs see us, their levels of oxytocin (known as “The Social Hormone”) increase. The release of oxytocin helps to promote attachment between individuals. It also strengthens social bonds and trust while decreasing anxiety and levels of cortisol or “The Stress Hormone.”

The concept is same for dogs wagging their tails. A previous study found that dogs have a positive reaction to the scent of familiar humans compared with other smells, even those of other dogs. The results of that study suggested that not only did the dogs discriminate that scent (of familiar humans) from the others, they had a positive association with it.

Dog owners provide their  family members emotional satisfaction. But it goes both ways, too. Coming home after a long day and seeing your dog all excited to see you sure takes stress away, regardless of the difference of our species. 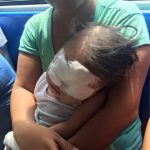 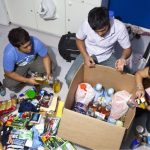