Abad was first approached by Lopez who asked her if she knew to who owned a particular car. Abad, though quite hesitant at first to give any information to the man, was surprised to hear the man had been guarding the car because the owner had apparently left a window open. It was a lucky coincidence that Abad knew the owner of the vehicle who she called immediately to inform her of the situation.

By then Lopez had been by the vehicle for almost three hours, just to make sure nothing in the car would be stolen.

Abad writes, “I am so amazed na meron pa palang mga tao na mabubuti ang kalooban.. sa panahong ito.. Binantayan nyang personal ang sasakyan sa buong panahon na nag mi-meeting ang Rotarian, inantay nya at tinanong ang lahat ng makasalubong… tatlong oras na pag – aantay…. [I am so amazed that there are still people like him around in times like this. He personally guarded the vehicle the whole time the Rotarians were having a meeting. He waited for three hours and asked every passerby if they knew who owned the vehicle.]”

If only there were more honest people like Lopez around, who went beyond his normal duties to perform a good deed. 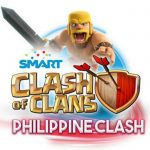 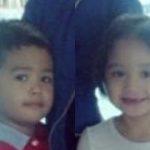