A netizen shared how someone tried to victimize her mother-in-law using the LPG tank modus. Czarina Uyaco shared in a Facebook post how a member of this “LPG Tank modus” gang tried to make a sale by puncturing the LPG hose of an unsuspecting victim.

“PLEASE READ!!!! Hi guys! Morning! This just happened! This guy knocked to our door, and said he is going to check if we have safety devices on our LPG tank to avoid fire, and how many people lives in that house, and he claims that they’re company is in partnership with the FIRE DEPT., so my mother in law let him in, thinking that he’s from the gov’t, at first he was acting like inspecting, until he starts negotiating about “their safety fire prevention products”, and when he asked for my mother in law’s valid id and she left him there alone, he punctured our hose and told her that we have a leak, and told her to buy the hose that he’s selling, at that point i called my husband coz my mother in law was asking us if she should buy it, so we talked to him asked him the name of his company, he could barely say it coz we cant understand him when he told us what, and if we could take a picture of his products to inquire first if it is safe, and we’ll get his # so that we’ll just call him if we’ll get it, he then looked alert and kept his safety lock products in his bag, and said he would just let my mom in law decide, and he still kept on insisting we buy the hose, then we told him that he we would ask first and we’ll just go to their office that he said was located at bulwang but he cant manage to give the address, and he did leave with such a hurry, when we checked our hose there’s a hole already. We think that his target are senior citizen people, Please be careful guys! Inform your oldies about these people or whoever it is that stays at home..(sic)”

Czarina advised the public, specially the elderly and other household members who are prone to be fooled by this modus, to be careful about letting in strangers into their homes.

Not the first for the LPG Tank modus

In 2012, Ben Tulfo reported about the same kind of modus in Philstar. Tulfo said that once these “fire safety staff” are able to convince their victims that there is a problem with their LPG Tank, they would persuade them to buy P 3,000 worth of safety products. After a year, the same “staff” would go back and inspect their LPG Tank and sell another device for p 1,700 with P 495 as service fee. 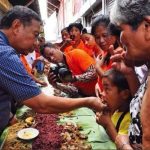 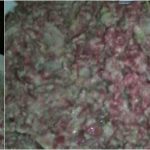