A photo of Vice President Jejomar Binay feeding a child with his bare hand earned flak from netizens accusing him of being a desperate, hypocritical politician.

The photo, which was first posted by John Banas, immediately drew negative comments from netizens criticizing that Binay’s act was unhygienic and totally just for a photo op.

Journalist Manny Pinol also wrote an article on Facebook entitled Height of hypocrisy, noted how netizens bashed the vice president for his latest act. Pinol also mentioned Binay’s attempt to increase his approval ratings by visiting public markets and funeral parlors and mingling with people through a boodle fight or offering financial assistance to families of the deceased.

Most of the comments on the photo accused Binay of being an unhygienic hypocrite desperately trying to win the favor of the underprivileged. Binay was even called an “epal” (attention-seeker), a TraPo (traditional politician) and a few other curse words.

“This is the height of hypocrisy. I will not even feed my own child using my bare hands because it is unhygienic. but for the selfish purpose of creating a good photo op, vp binay endangers this child’s health by using his bare hand, which he obviously used earlier to feed himself, to thrust food into the innocent girl’s mouth. this is utterly disgusting.”

Currently, the photo has already been taken down on Facebook.

So, what do you think about Binay’s controversial photo? Leave a comment below. 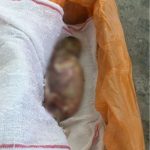 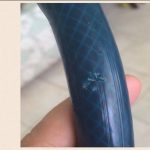