Netizen Kiko Padilla is calling out to friends and netizens to help him locate the driver of the taxi he rode in with plate number UWT-401. Padilla shared his experience riding the cab en route to Sto. Nino Station on C5, Taguig.

Padilla describe smelling something like acetone, which prompted him to immediately send a text message to his landlord. He described how his hands and feet had become numb and how he couldn’t breathe as the whole car smelled like acetone. He also sent his landlord the plate number, afterwhich he slid his phone into his underwear to hide it.

The next thing he knew, Padilla woke up as the driver wasdragging him out of the car near Arca South Condominium in Taguig. The driver punched Padilla in the stomach and hit him in the face when Padilla refused to give him his bag. The driver eventually got a hold of the bag and took Padilla’s salary. Luckily, the suspect was not able to get Padilla’s cellphone.

Padilla was left lying on the ground and he forced himself to get up when it started to rain.

Padilla gave a description of the driver: a dark-skinned hefty man with a mole on his nose and a tattoo on his arm. He asked netizens to please inform him should they see the taxi or its driver anywhere. 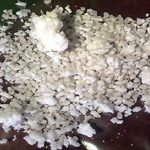 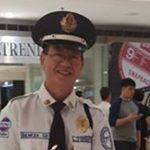