Manila, Philippines. Fabricated rice isn’t harmful for consumers and might even be better than ordinary rice due to lower glucose content, according to a University of the Philippines food scientist.

UP Food Science professor Ma. Concepcion Lizada said that the controversy over the supposedly fake rice was giving “fabricated rice” a bad reputation.

“I would rather call it fabricated rice. It’s giving fabricated rice a very bad reputation,” Lizada said during the two-day 37th Annual Scientific Meeting (ASM) of the National Academy of Science and Technology at the Manila Hotel.“We actually have a commercial product now that is available widely in the market. They call it corned rice. In fact, there was a media blitz about the corned rice. It’s good. I tasted it myself.”

Lizada told her fellow scientists, academicians, and researchers on the first day of the open forum that there was even a claim that the fabricated rice was better than ordinary rice.

Lizada said that fabricated rice or corned rice was a product of food extrusion technology, which she discussed in her presentation on “Agriculture-Health Convergence: Synergy in Managing Non-Communicable Diseases (NCDs).”

“Remember exclusion technology involves gelatinization and therefore, if you gelatinize your amilose to a high extent, it becomes more available and therefore the glycemic index must have been modified somehow,” Lizada added.

Currently, Lizada holds two patents on ethylene-related technologies to extend the post-harvest life of mango and other horticultural perishables.

She has a Ph.D. in Biochemistry from University of California-Davis.

The controversy over the spread of fake rice calls for improving regulatory laboratories, according to William Padolina, President of National Academy of Science and Technology.

Padolina admitted that there were also fake items spreading in the country that aren’t monitored due to lack of capacity to conduct tests in government regulatory laboratories, which he said, should have high output.

“They should be able to analyze many samples at the shortest possible time,” Padolina said. 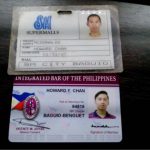 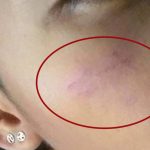