Netizen Fatima Sigua shared the story of a boy she chanced upon in Market! Market! on July 5, 2015

While Sigua and her family were eating outside a restaurant, a boy aged 14 approached them selling sweet potatoes. Since they were not interested in buying, they refused. Later on though, the boy caught Sigua’s attention when she noticed he was having a hard time walking, and that he seemed to be enduring some pain. So Sigua, her sister, and brother-in-law asked the service crew to call the kid back to their table to help him.

They learned that he has bone tuberculosis, which was the reason he seemed to be in pain when walking. Sigua’s mom tried to give the boy some money, but unbelievably, he declined saying he’s only selling goods. So they bought all the potatoes, fed him, and gave him some takeout food and fare home. It was their way of helping him. They couldn’t help but admire the boy, who despite his sickness works hard to earn money honestly.

Read: “100-Peso Project” created by a Netizen to help a disabled vendor from Bicutan

After that touching experience, Sigua asked other netizens who might encounter this boy at the Market! Market! to at least buy sweet potatoes from him, saying this can be of great help to the boy.

(We seldom encounter people like him who doesn’t abuse other people’s trust. He is in great need but he chooses to work hard instead of stealing.  He’s neatly dressed, which is probably why he was allowed to roam inside the mall, but when you personally see him you will pity the boy’s situation. I admire him because despite the poverty at his young age,  he has remained a good person.  Let us learn from this young boy.)

This is yet another inspiring story for all of us. While there are people who use their sickness or disability to take advantage of others and there are thieves and criminals whochose to commit crimes for easy money, let us not forget that there are still a lot of people like this kid who plies a fair trade to get by. 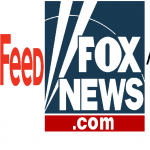 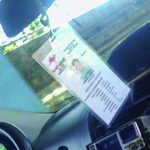