We’ve read about a few honest taxi drivers who have displayed the innate goodness of Pinoys.  These ordinary people, in spite of poverty, chose to keep their morals and values intact.

Another honest taxi driver earned respect from thousands of online users after he returned the mobile phone left inside his cab by a passenger.  Netizen Jam Bumanlag, on June 21, posted on his Facebook account how GrabTaxi driver Anselmo Dumapal made the effort to bring his mobile phone back to him. As Bumanlag narrated, they were on their way to a prod gig at Selda Dos and rode a cab that Dumapal was driving. When they were already at the site, he realized his phone was missing. Thinking he just left it somewhere, Bumanlag asked a friend to call his phone and was surprised to find out that he actually left it in the taxi. The honest driver went to where Bumanlag was and handed the phone back to him. Bumanlag offered to give the driver a tip to show his appreciation, which Dumapal politely refused:

(That’s your phone sir, and we should also thank the other passenger who found your phone and returned it to me.)

Photo of our honest taxi driver.  His story is a breather from all the crime and negative issues we encounter everyday.

Netizens praised and commended the driver:

C. V. Geconcillo: “This happened to me years ago in Cebu. Felt the same way. Too bad I wasn’t able to grab a pic.”

R. Baculi: “Good things come for those who will do good.”

This is a situation that we don’t get to witness often.  It’s such a good thing to know that there are still some people who are worth other people’s trust. 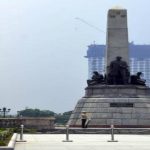 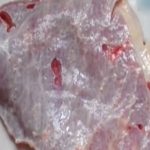