A congressman has found a novel solution for the Torre De Manila photobombing issue: turn the Rizal monument around.

According to GMA News, Manila representative Amado Bagatsing proposed that the Rizal monument be turned around not only to solve the problem with Torre De Manila, but also to signify that Rizal was not a traitor.

During the hearing of the House committee on Metro Manila development, Bagatsing further stated that historians are even questioning why Rizal is facing the sea instead of facing the City of Manila.

Bagatsing also said turning around the monument would represent what really transpired during Rizal’s actual execution: that he faced the bullets when he was going to be shot instead of being represented as a traitor for not facing his persecutors.

“To me, Rizal is a national hero. He should not be classified as a traitor,” Bagatsing further stressed.

On a final note, Angeles said turning Rizal around will not solve the problem, “‘Yung intensyon ng Rizal Monument ay siya lang ang nagmamay-ari ng landscape. So kung itatalikod ninyo, it does not address the incursion into the space.”

Is Bagatsing going to file a bill to turn the Rizal monument around?

Before filing a bill to turn the Rizal monument around, Bagatsing said he is planning to speak to the National Historical Commission.

Do you agree with Rep. Bagatsing’s idea? Leave a comment below. 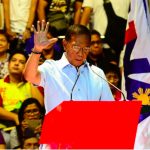 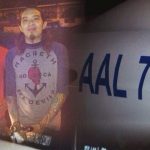