The infamous Rizal Monument photobomber Torre de Manila has been causing a lot of buzz in recent months on TV, print, and social media. Several proposals have been presented in order to solve this problem.

Just recently, a solon suggested turning the Rizal Monument around, not only to solve the photobombing issue, but also to remove the “impression” that Jose Rizal was a traitor. As crazy as that may seem, this congressman is serious in filing a bill to have the monument turned around.

A Filipino graphic artist has some crazy, but funny ideas to solve this problem.

John Russelle Barrientos, a freelance graphic artist and information technology teacher, became creative in solving the national photobomber issue. You’ll be amused as to how this artist depicted how to remove the photobomber behind the national hero’s monument.

We’re sure he gets three stars for this! And a little bit loot too…

Just a few bombs dropped by these COC balloons and the national photobomber will turn into ash!

If you are not familiar with COC, you can just depend on the Cookie Monster to eat up Torre De Manila.

If DMCI holdings get rid of Torre, Goku would, with his Super Saiyan technique.

COC may have taken over the gaming industry, but we can still depend on the angry birds to destroy Torre de Manila.

Why not take a chopper to lift the Torre up and away?

MMA fans, this is how we take down the tower!

The world’s greatest thief can take care of the photobomber with a daring heist.

10. Po, the Kung Fu Master, and his martial arts techniques

Call on Po to destroy the building. We hope this would finally bring peace to Manila once the tower is destroyed.

So, which destruction technique is your favorite? Leave a comment below. 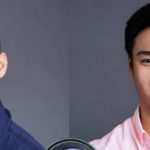 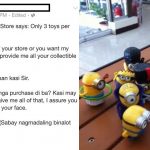