Pinoy Big Brother (PBB) 737 teen housemates Kenzo Gutierrez and Bailey May have been the subjects of a controversy in the recent week for the “brotherly romance” or bromance photos circulating on Social Media.

The PBB production team was summoned by The Movie and Television Review and Classification Board (MTRCB) after the latter received numerous complaints and feedback on the said photos, and a developmental conference “has been set to guarantee that no participants in your program is exposed to situation, challenges, and experiences which may be prejudicial to his or her well-being, or which may have a negative impact on the youth and other audiences who will be watching the show.”

ABS-CBN releases a statement on the Kenzo- Bailey issue

On July 3, 2015, ABS-CBN released a statement regarding the “bromance” issue between Kenzo and Bailey. The giant network said the teens were just victims of malicious posts that were manipulated by the public. In this light, ABS-CBN has decided to cancel free live streaming on cable TV and online to protect the reputation of the housemates.

“Pinoy Big Brother 737 housemates Bailey May, 12, and Kenzo Gutierrez, 18, have recently been the subject of malicious posts that have gone viral on social media.

These posts are made by irresponsible netizens who maliciously take screenshots from the program’s live stream and weave a narrative that is not only far from the truth, but also attempts to put the housemates in a bad light. They mislead the public by manipulating the images to put malice to otherwise innocent acts.

ABS-CBN vehemently condemns these irresponsible social media posts that malign the reputation of the housemates.

We are concerned with the welfare of our young housemates and it is our responsibility to protect them.

We will not allow them to be subjected to cyberbullying.  We will not tolerate the abuse of social media.

To put a stop to this, ABS-CBN is taking a stand on the issue by shutting down the free 24/7 livestreaming of the program on cable TV and online starting tonight. We appeal to the public to stop perpetuating abuse and use social media responsibly.” 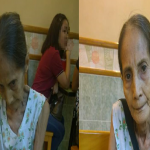 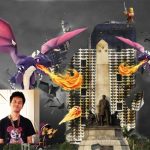