A terribly obedient husband, who called it quits with his wife of 12 years, tried to follow the agreements made after their divorce and went all the way to ridiculously cut their shared properties in half — literally.

In a video posted by a German husband under the account name ‘Der Juli’, he uses a variety of power tools to cut all of their properties in two: a television, a chair, a bed, a Macbook Pro, an iPhone, a bicycle, and even a poor stuffed toy. The video titled ‘For Laura’, which went viral and was shared 31,000 times, said (translated): “Thank you for 12 ‘beautiful’ years, Laura! You’ve really earned half.”

The reason of the divorce was not stated, but as Mashable reported, the ‘generous’ husband sent his wife her fair share. His share, on the other hand, is up for sale on eBay. His car, apparently, is being sold at a little more than $50. As of writing, their house, which was part of their shared properties, is fortunately still intact. 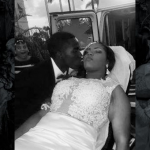 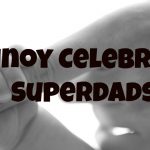