The prom or ball is one of the most anticipated events for high schoolers. It’s something that everyone looks forward to: girls shop for the best prom dresses to look fabulous and hopefully become prom queen while boys don their finest suits to impress their dates.

In the Bahamas, though, one teenager caught everyone’s attention by doing a “Sleeping Beauty” entrance and arriving at the ball in an ambulance and “unconscious” on a stretcher. The girl, dressed in a white gown accentuated with a red belt and with a red flower-shaped bag, laid down on a stretcher until her “prince” came to the rescue and woke her with a kiss.

See the photos as posted on Facebook by iHeartRadio on June 17, which has been liked more than 15,000 times, shared over 3,000 times and still getting comments as of this writing:

The photos earned various comments from netizens. Some were amazed by her creativity, others didn’t like the idea of using the ambulance for the prom. Find out what the online users have to say: 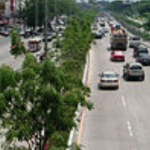 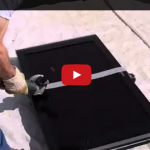