Back in 2007, YouTube user Carl Bouley was tending his dad’s store in front of Grand Isle St. Gerard church in Maine when lightning struck the church’s steeple during a thunderstorm.

When weather conditions that were similar to the 2007 thunderstorm occurred again on May 27, 2015, he decided to begin filming the church. His vigil paid off because he was able to capture lightning striking the church on video

Sparks fell down onto the lower roof of the church, but thankfully, did not cause a fire.

Although there are superstitions regarding a place or person struck by lightning (i.e. because of lying/not telling the truth), the reality about lightning is that it often strikes the tallest structure on the ground. With the church’s steeple being significantly taller than the rest of the structures in the area, it was bound to get hit by lightning.

But what makes the situation incredible is that it was caught on video by a watchful netizen. Great job! 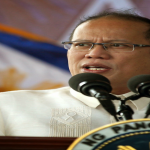 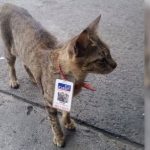