Practically every Pinoy has seen the hit romantic movie One More Chance. The unforgettable love story of Popoy, played by John Lloyd Cruz, and Basha, portrayed by Bea Alonzo, was a box office hit in 2007 under the direction of award-winning director Cathy Garcia-Molina and released under Star Cinema.

If you still can’t get enough of the movie which started the famous ‘hugot’ lines in Philippine cinema, ABS-CBN Publishing has released a novel adaptation written by Juan Miguel Sevilla, based on the movie’s screenplay by Vanessa Valdez and Carmi Raymundo.

One More Chance is a story of two sweethearts who, like all other lovers, hope to share their lives together forever. But Basha grew tired of Popoy controlling her life, and broke up with him.

The book, according to ABS-CBN news, is divided into chapters, which features the hugot lines made popular by the film.

Let’s look back at the hugot lines that left a mark on every One More Chance fanatic.

“Well it’s an exciting time Bash, but at the end of the day, even though things have changed, some things remained the same, di ba? Kaya dapat wag mo kakalimutan ang lumang ikaw.”

“Minsan, it’s better for two people to break up.. So they can grow up. It takes grown ups to make relationships work.”

“She loved me at my worst, you had me at my best. At binalewala mo lang lahat yon. And chose to break my heart.”

The book will be released next week in all bookstores nationwide. 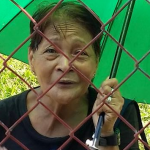 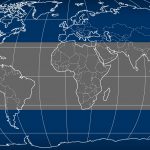