The Tropical Rainfall Measuring Mission (TRMM) spacecraft may fall on Philippine territory on June 17 as it returns from space exploration. The TRMM is a joint mission of the US National Aeronautics and Space Administration (NASA) and the Japan Aerospace Exploration Agency (JAXA). It was launched to study rainfall for weather and climate research. The spacecraft will be returning to Earth after 17 years and may potentially fall on the country.

The U.S. Space Surveillance Network, operated by the Department of Defense U.S. Strategic Command’s Joint Space Operations Center (JSpOC), has been closely monitoring descent of the NASA spacecraft since the mission ended in April. The JSpOC will issue periodic predictions of re-entry date and time. Although the exact location of the re-entry cannot be predicted, TRMM’s orbit only brings it over the tropics between 35 degrees North latitude and 35 degrees South latitude, which includes PH territory. (Read NASA’s statement here.)

Since the beginning of the space age in the 1950s, there has been no confirmed report of an injury resulting from re-entering space objects and the Philippines, along with other potential land sites, can be reassured that there is almost no possibility of anyone getting hurt.

Any sightings of suspected TRMM debris should be reported to local authorities. The pieces of TRMM expected to survive re-entry are made of titanium and are not toxic. Nonetheless, debris could have sharp edges and should not be touched or handled, in the unlikely event someone were to find TRMM fragments. 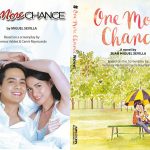 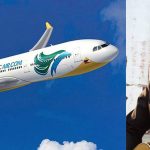