Netizens on Facebook are bristling with anger over photos allegedly posted by a mother featuring her “pet” baby, a naked child with a “leash” around his/her neck, hunched over a bowl of what is possibly real dog food.

We tried to reach the supposed mother named Ayra Dela Cruz Francisco, but her Facebook account now appears to be on private mode.

It is assumed that Ayra was the one who posted the photos as it appeared on her account, unless said account was hacked, of course. It is unknown whether the child was truly hers or she was just role-playing for the sake of some laughs, but this backfired after angry netizens reposted the photos.

It angered netizens that Ayra appeared very amused with the “pet” baby, saying she laughed so hard at how the baby was very obedient.

Furious netizens could not contain their anger, saying the woman deserves the worst kind of punishment for her actions towards the child. After all, though this might have been a joke to her, the situation might have lasting psychological impact on the child.

The photos have now reached the Department of Social Welfare and Development (DSWD). In an interview aired on TV Patrol on May 25, 2015, Secretary DSWD Dinky Soliman said that it was a clear case of Child Abuse and that they are now working on tracking down the woman behind the post and asked the public for any leads. She also enjoined the public to report any such abuses to the proper authorities. 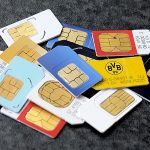