Netizen Sofia Ignacio got a shock when she saw a man displaying his genitalia and performing a lewd act in front of her.

On her Facebook account, Ignacio uploaded four photos of a man in a nasty act in broad daylight inside the jeepney and added a caption which read,

The original post was made public on May 8 and removed few hours after it spread like wildfire in social media.

According to a study, 8% of people who perform sexual activity in public or who demonstrate any unusual overt sexual behavior may suffer from Schizophrenia mental disorder. Schizophrenia is a chronic, severe illness in which people interpret reality abnormally. It may result in a combination of hallucinations, delusions, and extremely disordered thinking and behavior.

Public  exposure of externally visible sex organs is contrary to most moral teachings and laws covering this case varies in global community.

In the country, House Bill No. 6129 which will prohibit the demonstration, performance or exhibition in public of certain sexual acts, has not yet been passed by Congress. This act is commonly known as “Anti- Obscenity Act of 2011” and was presented by Diosdado “Dato” Macapagal Arroyo and Gloria Macapagal Arroyo. The bill includes the acts that should not be performed in public including masurbation. 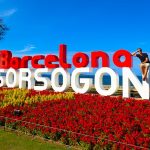 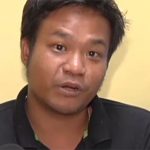