Just when we thought the story of Prasertsri Kosin or Koko Narak in social media has come to an end, a new sequel unfolds. After submitting himself to the Bureau of Immigration for a voluntary deportation on Tuesday, an open letter from Overseas Filipino Workers in Thailand surfaced persuading the government agency to recall the undesirability charge pressed against the Thai expat and urging his immediate release.

The letter, addressed to Immigration Commissioner Siegfred Mison, pointed out Article 19 of the Int’l Covenant on Civil and Political Rights (ICCPR), as well as Article 3, Sec. 4 of the Philippine Constitution, or the right to freedom of expression.

They defended Narak’s actions saying he was only exercising his right to freedom of expression. His comments were detestable but were not criminal. “Indeed, the statements of Mr. Kosin were offensive and have obviously sparked outrage from netizens. But offensive, hateful and downright irresponsible as they are, they were not criminal.” They stressed out that“while the Bureau of Immigration may, for better or worse, have wide discretion to deport foreigners it deems “undesirable”, the Filipino community in Thailand entreats the Bureau to exercise maximum tolerance before punishing non-criminal acts of foreigners”. They believe the deportation charge is even harsher than a criminal penalty which can be a fine or community service.

The open letter also stated that “the charges brought against Mr. Kosin, his subsequent arrest and handling before the media are disproportionate responses to the statements he made and did not have any basis in law.  The response of the Bureau of Immigration has jeopardized the right to freedom of expression itself”. Maybe we would have also thought, was there a need to handcuff the guy for writing derogatory comments about Filipinos?

They suggested to BI to drop the case and set an example to other Southeast Asian countries to value the right to freedom of expression. To let everyone know that we are open to various views, criticisms, and opinions, and that democracy is highly practiced in our country.

“Mr. Kosin (Narak) has already issued a public apology“, the letter said,”Let’s accept the apology and move on“.

Let us see where this request will take Koko Narak’s case.  Whether you agree to the deportation or assent to the plea of the OFWs to drop all charges, you can type your comments below. 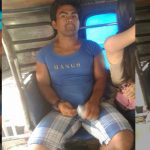 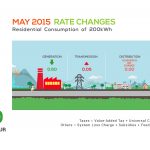