MANILA, Philippines. With 667 new cases of HIV recorded as of March 2015, the Philippines has become the country with the fastest growing HIV epidemic in the world.

Julie Hall, World Health Organization’s (WHO) representative to the Philippines, revealed this alarming information at the conclusion of the Philippines’ first National HIV Testing Week conducted from May 11 to 15.

In an interview with Rappler, Hall pressed the Philippines to exert more efforts in controlling the HIV situation in the country.

“We’re seeing a response happening now, but it needs to be bigger,” Hall said.

The Department of Health (DOH) has recorded the highest number of HIV cases since it was first documented in the country in 1984.

According to the DOH, the low testing rate among Filipinos contributed to the disturbing rise in the number of HIV cases since 2007.

The Health Department said most people are afraid to get tested due to the stigma linked to HIV testing as well as fear of public exposure. This is why the DOH established confidential HIV testing and counselling centers in social hygiene clinics.

These centers can be found in vulnerable areas in the country such as the National Capital Region, Davao, and Cebu.

However, testing rates remain very low specifically in rural areas. Hall is encouraging the country to conduct the National HIV Week two or three times in a year to address this issue.

Hall added that sex education must be given to students before they begin experimenting sexually to prevent health issues like HIV. 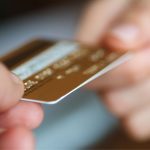 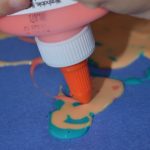