On May 28, a video uploaded by Bassilyo showing a brawl between an alleged QCPD police and a driver of an unknown vehicle made the rounds on Facebook with more than 565,463 views, 13,263 shares, 9,096 likes and more than 3,500 comments as of this writing.

In the video, three guys can be heard engaged in a heated altercation while a traffic enforcer was trying to mediate.  The motorist (not seen in the video) was shouting and provoking another guy (in orange shirt) who was inside a black Hyundai sedan, while the motorist’s companion, who was taking the video, joined the ruckus.

Further exchange of foul words occurred when the guy in orange climbed out of his car and threatened the motorist by saying he has already killed once and ordered the traffic enforcer to confiscate the driver’s license, claiming he is a QCPD officer.  The video was shown focusing on the QCPD plate on his car.

The video did not show what initially took place.  The only clear conversation heard before all the trash talk was that the alleged policeman’s car blocked the motorist’s way.

Some netizens expressed rage over the so-called police officer’s response; threatening the motorist is uncalled for. Some argued the motorists enraged the “police” and caused all the furor. Others suggested to further investigate since no trafficoffensewas actually shown in the video, while others just made fun of the incident.

Watch the full video below: 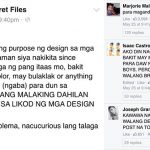 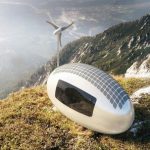