The case of Mary Jane Veloso does not seem to intervene ties between Philippines and Indonesia, the Department of Foreign Affairs said.

“Both Philippines and Indonesia are members of the [Association of Southeast Asian Nations] and we do not foresee that this case will affect our bilateral relations with Indonesia,” DFA Spokesman Charles Jose said.

According to him, he sees that ASEAN connection maybe a great help to plea within particular limits for Veloso. “That’s what we are hoping for in the diplomatic approach that we are initiating.”

While the Indonesian court debunks the second appeal, “Embassy is now asking the lawyers to determine whether PBSA’s [President Benigno S. Aquino] discussions this morning with President Widodo may open another window.”

On Monday, Aquino made a last-ditch plea on the side with President Joko Widodo during the ASEAN Leader’s Summit in Kuala Lumpur.

Veloso’s lawyers once said the counter evidence against the case includes strong claim that she is not a part of any smuggling group supported by documents from the Philippine Drug Enforcement Agency.

“It’s disappointing that the court did not even read the new evidence,” lawyer Ismail Muhammad said.

Failed to halt the execution, the Sleman District court rejected the second appeal because only one case review request was allowed.

Few minutes before the court decision was announced, Indonesian President Joko Widodo told reporters he will call President Aquino today to inform him of his reponse for his plea.

After Aquino made a personal appeal earlier, Widodo is “symphatetic” about the plight of a Filipina facing death for drug trafficking. “(Aquino) said President Widodo was sympathetic and was consulting with the Indonesian Attorney General on the legal issues,”spokesman Herminio Coloma said.

Asked if there was hope Veloso could be spared, Coloma said: “So long as there is life, there is hope.”

Presidential Spokesperson Edwin Lacierda urged fellow Filipinos to pray for the case of Mary Jane while the administration is doing any possible way to spare her from death row. 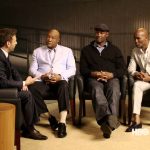 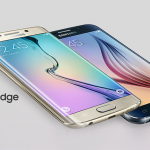