Two of the world’s greatest boxer today are set to meet inside the ring on May 2 at the MGM Grand to finally make their fists decide who’s the number one pound-for-pound boxer today and possibly the best boxer of all time.

HBO invited five boxing legends who have a few things in common, they have all fought against either Manny Pacquiao and Floyd Mayweather Jr. before. The segment entitled “The Legends Speak” focused on sharing their opinions and fearless forecasts on who they think will come out victorious when Pacquiao and Mayweather spark mayhem inside the ring.

Boxing analyst Jim Lampley had some interesting discussions with Oscar Dela Hoya and Shane Mosley who were both beaten into a pulp by Mayweather and Pacquiao on different occasions. Miguel Cotto, Ricky Hatton and Juan Manuel Marquez were also featured in the said documentary.

Who do you think will win the fight? The answer will be revealed in a few days so let us look forward to one of the most anticipated event in the sports world this year. 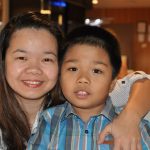 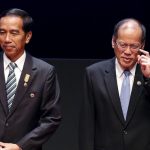