Love is the greatest emotion that a man could feel; it is also an emotion that can destroy a person. Will the love she discovers save her or break her?

Star Cinema’s another movie offer for this year is a movie about romance depicting suspense and a bit paranormal. Halik Sa Hangin is a movie topbilled Julia Montes, Gerald Anderson and JC De Vera and opens nationwide last January 28, 2015.

Halik sa Hangin, by comparison, is an intricate mess. It plods deliberately like a leaden love story, before rushing into a finale that feels jarringly out of place. It never let go of the romance even amidst the twists and turns that took the narrative down the route of thrills and tension. Halik sa Hangin grounds its romance on a lot of talk and blabber. The film is drowning in dialogue, which covers almost all of the bases of the film’s blossoming romance. This reliance on spoken expositions to propel the love story leaves very little to the imagination, rendering the romance tepid and unbelievable.

The story evolves in the characters of Mia played by Julia Montes, Gio played by Gerald Anderson and JC De Vera as Alvin. Scenes are beautifully shot alongside the pine trees, luscious greens, and the dark, misty hills of Baguio City.

Story wise, the movie conveys the message of love, forgiveness, letting go, and a toss of paranormal. There seems to be a bit of uncertainty as the reveal comes into play as there sets a moment of confusion on how the story would proceed, however the story picks itself up and sets itself for a grand finale. The ending however, seems to be a compromise of sorts as it falls again into formula.

Technically speaking, there were some issues on editing and technical aspects of the movie. Cinematographer Moises Zee exerts a lot of effort in making sure that the endless conversations are always back dropped with beautiful fog-draped vistas. However, there were also obvious editing and continuity issues in Halik Sa Hangin, Mia’s hair, her mode of transportation, the seemingly shoe box props in the park, the meet the family scene, and the scooter left in the haunted house were all lacking consistency. Though the plot is getting better but the sound effects used in some scenes were not really much needed in the scenes.

The lighting effects were good enough to indicate the ambiance of the film. The cinematography was good enough for the story but it lacks of imaginations being portrayed. The character of Gio played by Gerald Anderson was lacking of suspense. It only gives notion of coldness in the scenes. Everything is wasted on the dull romance and ineffective horror.

To say the least, the movie is a good feeling of blossoming romance, of how the romanticized idea of love can conquer all. Passionate love and a twist of having obsessions in a natural love story but the effects depicting horror twist in Gio’s character is really stereotype. Alvin’s character is cold and subtle. While Mia’s character is compromising. Plot points and twists are prematurely telegraphed, not only because the narrative is all too common already, but also because the characters are visually designed and portrayed by their respective actors and actresses to logically fall a certain anticipated path.

Overall, the movie is a must to watch. 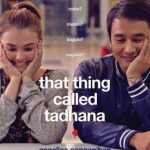 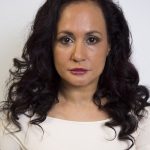