In an era of forgettable “popcorn movies” which often have shallow story lines and minimal character depth, films like these are rare. You won’t usually see them in mainstream movie theaters. Oftentimes, these heartfelt opuses are tucked away in local film festivals. Independent filmmakers started to make quality movies that will make people fall in love. Last year, Cinema One Originals Film Festival decided to release one of its best and finest movies in selected theaters and because of popular demand, Star Cinema will distribute the film entitled “That Thing Called Tadhana” nationwide starting February 4, 2015, starring Angelica Panganiban and JM De Guzman. It is a film by Antoinette Jadaone, the woman behind the success of some movies like “English Only, Please”, “Relaks, It’s Pag-ibig” and “Beauty in a Bottle.”.

The film might appear as your average Filipino rom-com. A quirky, heartbroken girl wins the lottery of fate and meets a charming and equally heartbroken guy. They almost instantly form a bond and, well, you can guess what happens next.

That Thing Called Tadhana begins in the airport where Mace played by Angelica Panganiban struggles to fit in all her belongings in the required baggage allowance. There she meets Anthony played by JM De Guzman, a stranger willing to lend her some space in his baggage. This begins their friendship and an attempt to answer the question “where do broken hearts go?”

Angelica Panganiban won best actress award from the 13th Gawad Tanglaw, was brilliant as Mace, an emotionally-driven spunky girl who recently just got her heart shattered in a million pieces. After a crushing trip to Rome, she finds herself alone and crestfallen at the airport where she meets Anthony (JM de Guzman), a good-natured guy with an emotional baggage of his own. Both longing for an escape, they spontaneously embark on a trip to Baguio, hoping to get rid of the emotional anguish brought on by their failed relationships.

The setting took place in different places but it was furnished with a breathtaking cinematography, inducing wanderlust-like vibes as it featured the marvels of Baguio and Sagada.

“That Thing Called Tadhana” is a film that hopeless romantics will surely love. It will be showing on February 4, 2015, nationwide. 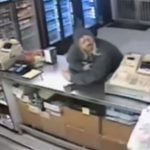 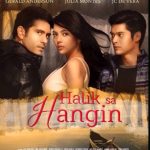