What would you do if you are not into your date but he or she does not clearly get the message? How would you escape or get out of that sticky situation?

For 29-year-old Ann Gray of Somerset, her unbelievable story started when she met her date on an online dating site.

Then, after their third date, Ann decided that they are not for each other so she said, “I called it a night and decided that I never wanted to see him again. Luckily, he didn’t live in my town.”

But the guy did not get her hint.

So, she told him directly that it was not working for her.

However, the man continued to message her. Then one day, she received a message stating, “I think we need to have a date tonight! I will be around your house in 30 minutes.”

The next exchange of conversations will either make you feel angry or sorry for the guy.

After that, Ann NEVER received any more messages from the man. But she the Mirror that her former date caught her on the dating website again after a couple of months.

She said he sent him a ‘horrid message’. “Can’t say I blame him, really. I am currently engaged to be married and not dead!”

datingdating talesgetting out of a bad date 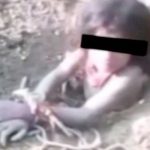 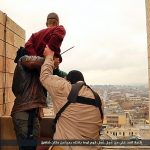