Singer Aiza Seguerra married her fiancée Liza Diño in a simple but elegant ceremony in San Francisco, California last December 8. Most people reacted positively to the couple’s wedding, based on comments posted on the former child star’s Instagram page.

However, one question begs asking: do Filipino LGBTs have to go to another country just to marry the one they are committed to loving for the rest of their lives?

The struggle for marriage equality has been, without a doubt, gaining momentum in much of the Western world, particularly Europe and South America.

Same-sex marriages are now legal in 17 countries as well as in some jurisdictions within the United States and Mexico. Needless to say, the Filipino LGBT community is keenly observing what might happen next overseas, with the hope that someday, similar progress can be achieved here.

Before going to that, it must first be understood why same-sex marriages are not recognized here in the Philippines. The main legal impediment is Article 1 of the 1987 Family Code which states: “Marriage is a special contract of permanent union between a man and a woman entered into in accordance with law for the establishment of conjugal and family life.”

Some sectors are calling for the amendment or repeal of this particular law, but as one lawyer pointed out, the strong influence of the Catholic Church in the local and national political scene makes the “enactment of a law allowing gay marriage not feasible in the foreseeable future.”

Based on the arguments presented by advocates of same-sex marriages overseas, the equal protection clause of the constitution (“all people are equal before the law”) should necessarily mean that gay marriages should be recognized just like heterosexual marriages.

Another argument being raised in support of same-sex marriage legalization is that doing so will give gay couples not only the stability of being in an officially-recognized marriage but also all the benefits that comes with it.

At present, gay and lesbian couples in the Philippines do not have access to simple government privileges like social security, housing (PAGIBIG), health care (PHILHEALTH), and tax deductions for qualified dependents, among others.

Even if a gay and couple has been together for 20 years or more, the law will still treat them as strangers even though Article 147 of the Family Code outline some benefits for heterosexual live-in partners.

One more point mentioned in support of same-sex marriage legalization is the fact that countless children all over the world (and perhaps even here in the Philippines) are being raised by gay and lesbian couples.

Justice Anthony Kennedy of the United States Supreme Court argued that the lack of government recognition for same-sex marriages “makes it difficult for the children to understand the integrity and closeness of their own family and its concord with other families in their community and in their daily lives.”

President Benigno Aquino III for his part questioned the idea of LGBT couples adopting children, opining that it may not be the ideal environment in which a child should be raised,

However, studies conducted in the United States and Australia suggest that children reared by gay couples perform just as well as the ones raised by heterosexual couples.

Of course, it is silly to suggest that Seguerra’s marriage to her fiancée will suddenly make Filipinos more sympathetic to the possibility of marriage equality in the country. At the minimum, her nuptial may at least make us think about the different facets in the same-sex marriage debate. 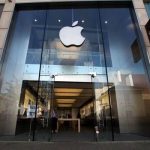 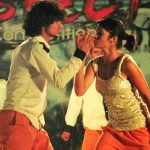