Hieu Trung Yen was longing to be home, thinking that once arrested he will be expelled.

The Vietnamese man was clamoring for attention when he went to smash Apple products using a house brick in his frantic groove to get deported.

Bristol Magistrates heard that the accused was homesick and wanted to be arrested so he can retun to his country.

Staff were shocked by his demeanor as Nguyen smashed 3 iPad2s. “He lifted the brick above his shoulders and brought it down on to an iPad2 display model. He caused the screen to smash, then damaged the second iPad2 “[He then] lifted the brick again and dropped it into the third iPad2, causing similar damage.” She added.

“A security team arrived, he was removed, taken to a back room and police arrested him.”

Richard Nile, defendor, told the magistrates that the litigant had suicidal thoughts for two to three months, and he was so stressed and bothered.

According to Nile, “He heard voices which said “Kill yourself or die’, adding that “My head was confused and I decided I would damage something. That is why I picked up the brick. It was a deliberate act, I wanted to get arrested.”

He added: “He has had a lonely and said existence. He is homesick. He wants to go back to Vietnam.”

Nile continued that he has no status in this country. He came in a lorry four-and-a-half years ago.

The court mentioned that the damage held no weight but each device costs £400.

The magistrate was considerate and gave him six-month conditional discharge and ordered to pay for augment fee which costs £15.

They even helped him by appealing his request to the local Refugee Action busines center and Board Control to process his deportation. 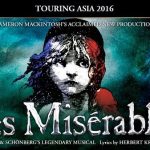 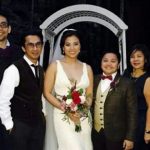