Christmas is just around the corners. People are busy with Christmas shopping, Christmas bazaars, parties, reunions, and a lot of stuff to do. Indeed, very busy doing rush things for this joyful holidays.

Filipinos are up for eating. Christmas events won’t be complete without food. Jollibee, being one of the leading fast food chain here in Philippines. Filipinos usually go there for celebrations and more. This year’s Jollibee campaign “Jolly Jolly Joy Joy” is a nationwide campaign aims to give the fullness of joy to everybody. From their value meals to bucket meals which surely they have to give for family reunions will surely be a hit.

Sarah Asher Tua Geronimo, the Pop-star and being the endorser of Jollibee, held a Christmas event in Trinoma Activity Center last Sunday, December 14, 2014. The activity aims to promote the product of Jollibee and at the same time to give back and acknowledge the Filipinos who loyally go to Jollibee for meals and celebrations.

Hosted by Riki Flores and Justine Quirino. The event was a real party for the , whole family as well loved Christmas carols and hit song were performed by all-star talents.

Opening the show with Jollibee mascots dancing the Jollibee commercial jingle. Next was a chorus medley from UP Chorus, an award winning choir we have and serenaded the crowd with good Christmas songs.

Another performance from Morissette Amon, from The Voice Season 1 under Coach Sarah Geronimo. She gave an outstanding rendition of a famous Christmas song originally from Mariah Carey entitled, “All I Want For Christmas Is You.”

After her performance, The CompanY namely; Moy Ortiz, Annie Quintos,  Cecile Bautista, Sweet Plantado, and Jay Marquez serenaded the crowd with their own hits and pop songs nowadays and their newest single from their newest album called Lighthearted OPM 2.

After that, a young heartthrob made the crowd scream with his guest appearance. He sand some pop songs now and he’s no other thn Sam Concepcion.

After he did his number, Popsters made the crowd scream more with Sarah Geronimo graced the event being the main act of the event. She opened her number singing the Jollibee jngle for Christmas called Jolly, Jolly Joy Joy. And after, she sang some songs from her latest album Perfectly Imperfect.

Then, there were some games made for the audience and media partners. Winners of the Jolly Jolly Joy Joy Singing contest also performed. There were all exciting game for the whole family plus awesome prizes such as singed Sarah G. CDs, The Voice Kids CD, a Jollibee Party, and Jollibee gift certificates.

The event aims to say thank you to every Filipinos who became part of the growing family of Jollibee. 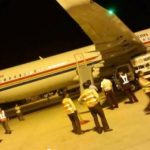 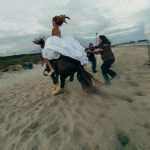