Motorists are aware of laws being implemented to protect the public from crimes, particularly caused by riding in tandems. In Mandaluyong, an ordinance was recently passed stating that  only spouses, parents and siblings will be allowed to be with motorcycle drivers. There’s also an existing law “mandating all motorcycle riders to wear standard protective motorcycle helmets while driving.” (REPUBLIC ACT NO. 10054)

So here’s a story:

A few days ago, a 34-second video involving a traffic enforcer and a motorist was uploaded online and created a buzz around social media. According to the owner of the video, he was in stopped by a Pasig traffic enforcer in Manggahan. The reason: Because his back ride was not wearing a helmet. He was willing to be issued with the ticket, but the problem is, the enforcer was not wearing a helmet as well. Not only that, his motorcycle was not even registered, with an open muffler, and motorcycle’s plate number is covered.

As the netizen records the incident, the traffic enforcer tried to stop him. Feeling embarrassed, the latter immediately left the scene, but not after all his violations were caught on cam.

Many agreed to what the uploader did, because somehow, this will be a wake up call to abusive enforcers: 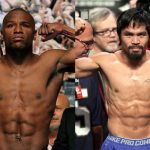 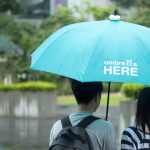