Did Floyd Mayweather just issue a challenge to Manny Pacquiao? “Let’s make it happen,” says the American boxer when asked by the media whether he would finally agree to the mega-fight against the Pacman after he won the bout against Marcos Maidana last weekend, reports Yahoo! Sports.

Mayweather clarified he was not the reason why the fight has never pushed through, contrary to popular belief.

He advises Pacquiao to ‘focus on the guy’ he will be fighting, referring to Manny’s fight against Chris Algieri in November. Reminding the crowd how the Filipino was knocked out by Juan Manuel Marquez during their last bout, Mayweather said it was because Pacquiao was thinking too much about him (Mayweather), not focusing on the guy he is actually fighting.

Still, Mayweather won’t immediately commit to the mega-fight, saying that this will be determined by the outcome of the Pacquiao-Algieri bout, reports The Epoch Times. Meaning, the Pinoy boxing champ has to make his win quite impressive against Algieri so that the mega-fight will finally happen between him and Mayweather.

Also, the fight has to be under Mayweather Promotions and on Showtime pay-per-view only, says the American boxer. These conditions are not new because he’s been pushing for these in the past, saying he would only agree to the fight if these are met.

Why the Mega-fight keeps Getting Postponed

For 6 years now, boxing fans and analysts have continued to actively clamor for the fight to finally happen in the ring. Every time the two would speak with the media or have a bout with other boxers, the subject would always hang in the air.

So, is the mega-fight really going to happen in 2015? If Pacquiao beats Algieri in an impressive fight, then Mayweather would have to make good of the challenge he issued. But then, who really determines what ‘impressive fight’ means? Unless the Pacman brings Algieri down to the canvass, Mayweather would probably continue to insinuate that Pacquiao is not worthy enough to be his opponent.

After suffering two consecutive losses, Pacquiao was called a has-been by the American boxer who said the Pinoy champ was clearly no match for his prowess. The KO loss from Marquez was a huge blow against Pacquiao, especially because Mayweather had just beaten Marquez in a fight that many boxing fans said were a clear mismatch.

Mayweather easily pummeled Marquez – but Marquez had knocked out Pacquiao. In Mayweather’s books, that means Pacquiao is super easy to beat. Still, if that was the case, the mega-fight should have long settled the dispute between them; by not agreeing to the bout, Mayweather is showing that he is not completely unperturbed by the Pinoy champ.

There were a number of different reasons why the two had never faced each other in the ring. Among these are: issues on the fight purse (who gets more money), Olympic-style drug testing, and the fact that the American boxer had a short stint in jail, reports 2ngaw.

The newest conditions extended by Mayweather are also quite incredulous, including Pacquiao signing up for Mayweather promotions as well as the fight being shown on Showtime pay-per-view. 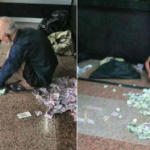 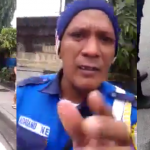