Just hours after the Star Magic Ball where he dazzled the crowd with girlfriend Coleen Garcia in his arms, actor-TV host Billy Crawford went to the Bonifacio Global City police precinct with a yet unidentified female companion to ask for assistance about a matter not revealed to the media.

It happened a little after 4 am, Sunday, reveals GMA News. After he was told by police officers they would bring him to the headquarters, however, he flew into a rage, allegedly punching the lady desk officer and damaging the precinct’s glass door.

The police immediately arrested Billy, placing him in handcuffs and filing a case of malicious mischief against him. They also brought him to the hospital for examination; initial reports regarding the issue did not indicate whether the actor was drunk.

When the issue broke out, netizens bashed Billy not just for his actions but also about the unidentified female companion. Many were quick to comment regarding his womanizing ways but there were also a lot of people who scoffed at the issue, saying Billy’s camp is merely trying to stir controversy because of upcoming shows/movies.

Coleen Garcia took to Twitter to defend her boyfriend, revealing that the ‘unidentified woman’ was actually one of her best friends. She also implored the public to first know the facts between jumping into conclusions.

As for the “unidentified woman” he was with? He was with 3 of my best friends. And yes, 2 of them are women. No need to put malice in that.

Pls don’t believe everything you read. It goes to show that not all sources are 100% reliable. Know the truth before jumping to conclusions.

Coleen also replied to a tweet made by GMA News.

@gmanews Hi! Pls stop spreading lies. You and I both know that Billy didn’t punch anyone last night. I doubt that he would ever hit a woman. — Coleen Ortega Garcia (@coleengarcia) September 7, 2014

Billy Apologizes for the Incident

In an interview with DZMM on Sunday morning, Billy issued an apology for his actions, saying he had no one to blame but himself.

He also made a few clarifications:

It was previously reported that he allegedly hit a lady desk officer at the precinct but Billy stressed he never hit anyone. As for the door which he allegedly broke, that he admitted, saying he was a bit aggressive and hit the door.

Why did he do that? Blame it on the alcohol, really. He said that after a few drinks, he became “stressed out by certain situations”. He admits to being unable to contain/control himself when ‘under the influence of alcohol’. Knowing he could be quite aggressive when drunk, he decided to go to the police station to sort things out.

What happened at the police station was actually fortunate, he said, fearing the worst could have happened if he erupted at the bar instead of at the precinct. He also said that he finally calmed down after he was handcuffed by the police.

To prevent similar incidents from happening in the future, he believes it is best for him to ‘act like a grown up’ and lessen alcohol intake. 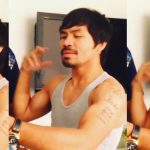 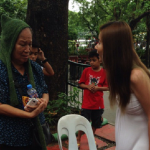