1. The Daunting Case of Sylvia Gaoiran

– Sylvia Gaoiran is an old aged lady and is a resident of Barangay Elizabeth, Bayombong, Nueva Vizcaya, Philippines. She left all the people around her in deep awe as she displayed an exemplary feat, by rising from the dead.

She was pronounced as clinically dead by the doctors of Mariano Marcos Memorial Hospital and Medical Center. After she died, her oxygen supply as well as her monitoring machine were immediately removed. Her loved ones then decided to bring her home with the help of the hospital’s ambulance.

When they passed by a precariously rocky road, every people inside the vehicle trembled after accidentally rolling over a huge rock. All of them were shaken up. Yes all of them, including Sylvia Gaoiran. They were surprised and terrified when they saw the old lady woke up from the dead and complained that a part of her body is in pain because she also got hurt during their bumpy ride. Despite of the seemingly scary turn of events, they were indeed happy to discover that their loved one is still alive. Is it a miracle or just a mishap?

2. The Death of a Premature Baby in Kidapawan City

– An unnamed woman gave birth to a premature baby on a calm Sunday morning at Cotabato Provincial Hospital in Amas, Kidapawan City. The hospital staff declared that the baby is clinically dead because her body isn’t responding and a steep failure in her vital signs.

The baby’s family decided to put the corpse inside a small box and then brought him/her to the funeral. While waiting for the funeral car, they heard the baby inside the box crying. They found out that the baby was still alive. So they rushed him/ her back to the hospital and placed the baby inside the Incubation room or Neo-Natal Intensive Care Unit. Unfortunately, the baby died after its six-day stay inside the ICU. The family filed a complain against the hospital staff because they believed that the main reason for their little angel’s death was negligence.

3. Revival of a 2-Year Old Child’s Corpse in Davao City

– A 2 –year old child named Jelyn Belec of Purok 7, Brgy. Anahawon Maramag, Bukidnon almost got buried alive after her family decided to give her an honorable burial because of the doctor’s assertion that the child is already clinically dead.

Jelyn’s Dad, Archie Bejec brought her to Saint Joseph Hospital because she had an extremely high fever. The doctor who attended to the patient said a couple of moments after her arrival that the child was already dead. Her corpse was then brought to the Morgue but the embalmer wasn’t there at that time so her father opted to temporarily keep her daughter’s corpse inside their house instead.

They mourned for more than a day before finally bringing her remains to the cemetery when her uncle, Prudencio Marian noticed that her niece still has a pulse so they returned them back to their house. Other people also witnessed this incident and claimed that they can prove that the incident was actually genuine. Then after another day, they have observed that the child doesn’t have any pulse so they buried her for good even though the child’s body doesn’t seem to be decaying and didn’t even released any foul smell. They planned not to bring the child back to the hospital because of the doctor’s initial statement that the child is already dead. 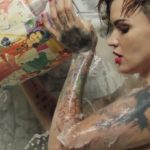 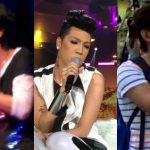