A progression of investigative reports revealed this whooping 10 Billion Peso Priority Development Assistance Fund Scam. PDAF scam is about the diversion of legislators’ Pork barrel funds to phantom development plans of fake NGOs allegedly spearheaded by Janet Lim-Napoles and her party. As of now, the media, the government and  the entire Filipino nation are grievous about Napoles’ involvement in the said scam and they are dreadfully itching to know the truth behind this degrading turn of events.

Being involved in this kind of national scandal is indeed very humiliating and any senator who will be exposed as one of the perpetrators involved in the PDAF scam will surely make his/ her exit and will abscond his/her position in the Senate splendidly out of what we refer to as “delicadeza”.
Unfortunately, the term “delicadeza” appeared like it was nowhere to be found in our prestigious Senators’ vocabularies as they continued to selflessly serve our country despite of the unfounded claims that were thrown to them.

Honorable Senator Bong Revilla became one of the personalities who were greatly affected by the PDAF scam. Him, together with other Senators, were accused of bagging a portion of our National budget which made every Filipino citizens extremely furious.  His bestfriend, Senator Jinggoy Estrada and the pretty aged yet sturdy good Senator, Juan Ponce Enrile composed two thirds of the famous PDAF “Big Three”. The three of them are currently facing their own plunder cases and other illegal offense which if found guilty, will send them to jail together with other filthy prisoner who became soiled because of the wretched status of our prisons today. Can you even imagine our three beloved Senators being imprisoned in such places? Halt those senseless illusion guys. It will never happen. You may still keep on dreaming about it though. No matter how hard you keep on wetting your pants, big named characters like them will still receive exceptional treatment while they’re taking their precious time unwinding behind bars.

Let us pause for a moment and put our hearts into the case of my adored TV personality and credible political icon, Senator Bong Revilla.a I feel really bad for him. He didn’t deserve to be thrown into a criminal’s pit unjustifiably. Oh wait, last time I checked he was actually the one who surrendered himself to the authorities to prove his innocence. What a brave move by “Kap”. My admiration for you suddenly skyrocketed even more.

Senator Bong Revilla said in a statement that opposing forces are trying to destroy his credibility just because he is gunning for a victory in the coming 2016 Presidential elections.  Again, last time I checked, my idol did not even rank first in surveys tackling about the forthcoming Presidential elections since he will be going up against prospected formidable foes like VP Jejomar Binay, Sen. Chiz Escuder, Sen. Alan Peter Cayetano, Sen. Grace Poe, and other award winning actors and actresses whose names were already inculcated in Kuya Germ’s own version of the “walk of fame”. Therefore, destabilization plot for his presidential bid isn’t really the main reason why he got his name chirped by the PDAF Nightingale, Napoles. He must have done something atrocious for him to get his name involved in a scandal as appalling as this. Just like the old saying: “ If there’s smoke, there’s definitely a blazing and scorching hot fire somewhere” – along the hallways of the Senate building. However, smoke can also be caused by a chilling shard of ice or by a very polluting carbon monoxide excreted by malfunctioning and tarnished vehicles in our country so I am still uncertain if my idol really disreputably flared up something which caused him to get accused.

A number of Plunder charges were filed against the PDAF Scam whistleblowers by Senator Bong Revilla. This my friend, is the probably the best thing to do when something goes wrong, splash some water to the burnt area. Sen. Bong Revilla Jr. might have decided to incarcerate these concerned whistleblowers in order to prevent their raucous lips from stating any further damaging revelations. Sad to say, it just made my TV idol a little bit ridiculous.  That’s what I heard from my hairdresser one time I dropped by his place to have a neat haircut.

Just recently, Senator Bong Revilla unleashed a lengthy privilege speech which sent everyone at the edge of their seats dripping their hankies with tears brought about by tremendous sympathy towards one of the most noble and righteous Senator in the country today. He made a couple of memorable punch lines and displayed several mementos which added more colors to the most awaited privilege speech turned acting workshop. I should’ve joined that event. As a concerened citizen, I can’t hide my dismay to this embarrassing national crisis no matter how hard I try. I guess I have to own one of those poker faced masks, a very rare item which can only be found hanging inside the Senate’s walls.

“I have nothing to do with this scam, those whistleblowers, nor Janet Lim-Napoles. I have no dealings or transactions with them.”

“I am not afraid. I have already surrendered my fate to the Lord.”
– Sen. Bong Revilla

“These are the lines uttered by my most favorite TV personality ever, Sen. Bong Revilla. Hearts were crushed during his speech. Who among you feels sorry for what happened to Kap? Who among you thinks that he deserved to have his fair share of indisputably absolute justice in our country? Did you feel miserable too while watching him get persecuted helplessly in front of the Filipino people? Yes there are some sort of anger circulating within the Philippine territories right now because of the alleged burglary by some corrupt officials, but come on let’s give them a break. You may begin throwing stones if they are already proven guilty. But for now, let us pray to God and ask him to lend them a helping hand for them to be proven as INNOCENT”
– said Mr. No One Ever

“We lift it all to the Lord.” Said by Lani Mercado, the loving wife of our untainted Senator. Are they really trying to make it look like God is on their side? How about the Filipinos who were affected by this issue? The ones who got devastated by natural calamities, homeless families, the innocent taxpayers who are working their butts off just to be able to contribute something to their beloved homeland, did God forget to bring his balance beam this time and leaned towards Sen. Bong Revilla and company more than what He should supposedly do? No one knows.

This line of his just proved that a well delivered dramatic line is a thousand miles better than all of  Charlie Chaplin’s funny gestures combined. Movie producers better hold pens in their hands right now and jot down some of these spectacular lines, this will surely give you a blockbuster script!

“Basta ang masasabi ko lang, handa na ako because God is with me.” Yeah. He really is the ONLY lamb of God.

He also thought that aside from God, the entire Filipino nation is with him too. He even dedicated a heartwarming tribute video entitled “Salamat Kaibigan” for all of you to enjoy. Some naysayers rolled on the floor laughing because of the video’s outcome as  it received a lot of flak from the critics who watched the video, I say it looked fine for me, it looked good. I consider every free video streaming from Youtube as a good thing because it’s FREE. It’s not like I got swept away by the tribute video anyway. ( Author ran away and looked for a place to throw up. He’ll be back soon.)

Senator Bong Revilla have now surrendered to the Sandiganbayan and is currently being detained in a fully furnished “rent to own” studio type condo room somewhere in Camp Crame.
Oooops! My bad, it’s a detention cell, a very grimy one. A place where law offenders are being locked up. Guys, are you with me? Let’s make ourselves believe that honorable Senator Bong Revilla is in a miserable place right now as a punishment so that media, the entire Filipino population, and other countries will finally give the government a tap in the back for a job well done. Let us pretend that JUSTICE was finally SERVED!

“These prisoners are supposed to be experiencing punishment for their crimes, not taking a vacation. They are making a mockery out of the justice system by turning our jails into their own private resorts.” – Senator Miriam Defensor-Santiago

I am encouraging everyone to please be patient and avoid calling Senator Bong Revilla names. Avoid accusing him and concluding that he really is a big time thief until he is already fairly tried and is already proven guilty. Every human being deserves to be treated evenly, so please be gentle. Imagine a person sweating day and night because of an improperly ventilated room full of rats and cockroaches. And having a tendency of him to overeat and have a distorted health regimen. Try to put yourselves in our beloved Senator’s shoes, I am pretty sure you will hate being in his place too.

I am also praying to God (yes I believe he’s on my side too) for this issue to finally be resolved, all the perpetrators going to daunting prisons while the innocent ones getting freed. To Sen. Bong Revilla, take it from your bestfriend, Sen. Jinggoy Estrada’s “been there done that” words of wisdom. It will definitely give you some sort of inspiration. (No not the vividly multicolored Loom Band – making thing! ) 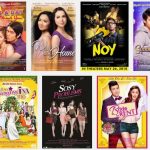 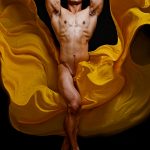