Similarities among Hollywood movie posters is no longer news. Maybe because there are a lot of movies produced in Holywood that people run out of creative ideas to make the poster striking as much as it is unique. In fact, similarities in posters are no longer limited with the Holywood silver screen. There are other countries that released similar (sometimes identical) movie posters.

But have you seen Pinoy movie posters resembling Hollywood’s or even other international posters?

A Prophet Vs OTJ

The Witness Vs Baseline Killer

Unofficially Yours Vs Petty Romance

My Lady Boss Vs Pretty Woman

One More Try Vs Brooklyn’s Finest

Baler Vs A Walk to Remember

One Night Only Vs Sex and the City

Marley and Me Vs When I Met U

Overtime Vs In Time

In all fairness to Pinoy creativity, sometimes, we come up with the idea before Hollywood does:

Batanes Vs The Last Song

Tribu Vs The Lone Ranger

What can you say about these posters? Inspiration or imitation? 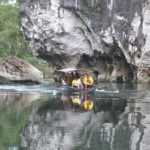 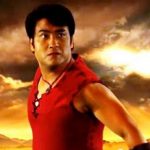