Filipino celebrities who have found great fortune in their careers never thought of shying a way from displaying how lavishing their assets have become. From spacious mansions, humungous bank accounts, and awe-inspiring collections to astonishing garage full of luxury cars. They got it all. I would love to spend a day living the life of a rich and famous Filipino Celebrity. Only if I won’t be able to be granted my personal wish of living an extravagant Hollywood celebrity’s life of course.

Let us check out some of the most affluent and illustrious Filipino celebrities’ luxury cars. Prepare to have a jaw dropping tour in this gallery!

Check out Aljur Abrenica’s newly bought Dodge Challenger SRT8! Aljur saw something in this car which made him eager to buy it although he claimed that he isn’t really a big fan of cars.

This Ford E-150 is owned by actor Jay Manalo. It also got it’s interior customized by according to the actor’s request.

Actor/Comedian/Host Willie Revillame really is one of  the richest Filipino Celebrities today. Not only did he own a yacht worth millions of cash, he also got a number of luxury cars to boot which will further make him look “pogi” in most of  the girls’ eyes. No pun intended, I just feel like he has this appeal which can make every girls go mad, not to mention his ridiculously large bank account.

Comedian and TV host Arnel Ignacio might not be visible in today’s entertainment industry and might not have as much TV projects as he used to have but he is still without a doubt freakin’ rich! Just  take a look at these cars, this will make you wonder how did he manage to avail them? He most probably have different business or a prosperous work outside of the Philippine entertainment industry.

Of course, the “first lady to own a HUMMER”– Angel Locsin. This is the H2 Hummer which Angel bought last 2006. She’s got other cars as well. It wouldn’t be hard to understand how well she can easily afford to own such expensive cars because of many TV and movie projects that she is having up till now.

Ladies and Gentlemen, Toni Gonzaga’s BMW, Lincoln Continental Mark 111, and a Town & Country. She have been in different blockbuster movies from time to time which made her that rich. Some even say that she is now richer than her co-Kapamilya actress Angel Locsin.

There are still lots of luxury cars owned by Filipino celebrities out there. Too many to mention that I just decided to wipe my lips to stop me from drooling over their wheels and stayed away from browsing  their pricy cars. Does anyone of you dream to drive cars like these someday ? Well I do, and I will try my best to own some of these soon, just not the “celebrity way”.  I guess I still have t o work double or triple time for me to navigate using this car in  the future! 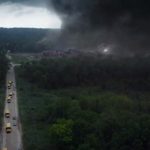